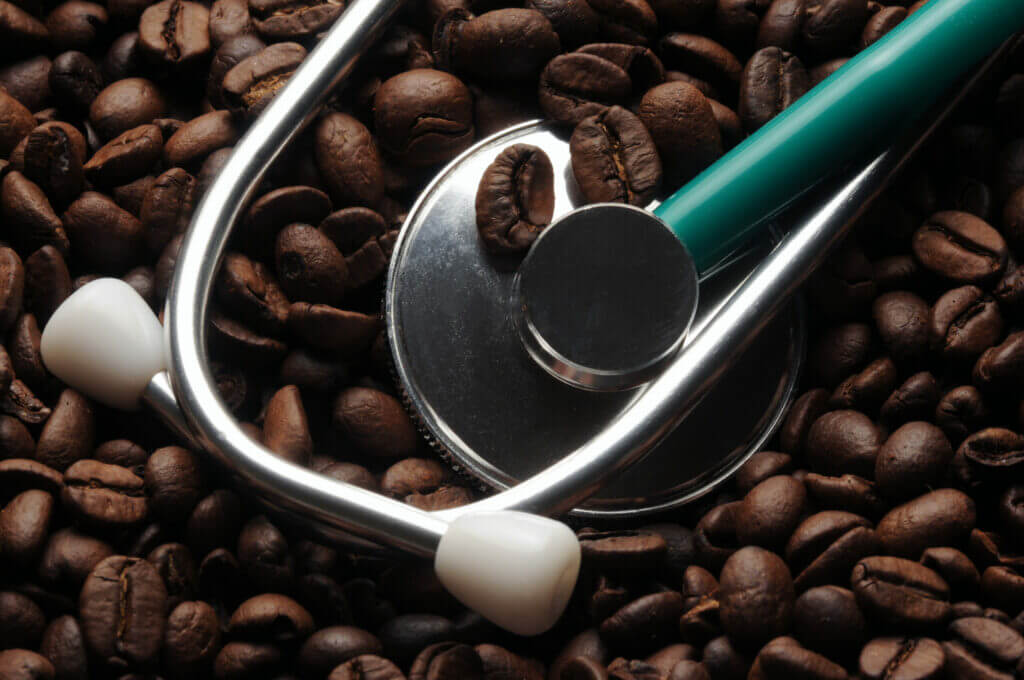 The Healthiest way to brew coffee is linked to many studies that promote many significant benefits which includes:

A recent study found that filtered coffee may be better than brewing boiling water through coffee grounds for health. The study included more than 500,000 coffee drinkers (ages 20 to 79) and were tracked for about 20 years.

Coffee drinkers less than 60 yrs old who drank less than 400 ml of coffee per day or the equivalent of one to four cups of coffee, had lower rates of heart disease or premature death.

A recent Harvard study believes that a natural chemical found in coffee called chlorogenic acid(CGA) is a strong antioxidant which may control blood pressure, sugar metabolism and may have healing or protective capabilities against cancer, and heart disease.

Studies found that roasted coffee beans processed above 204.6 degrees Celsius for 10 to 20 minutes, decrease CGA from 50% to almost 100%. There are some new roasting trials using lower temperatures for less time to save as much CGA as possible. 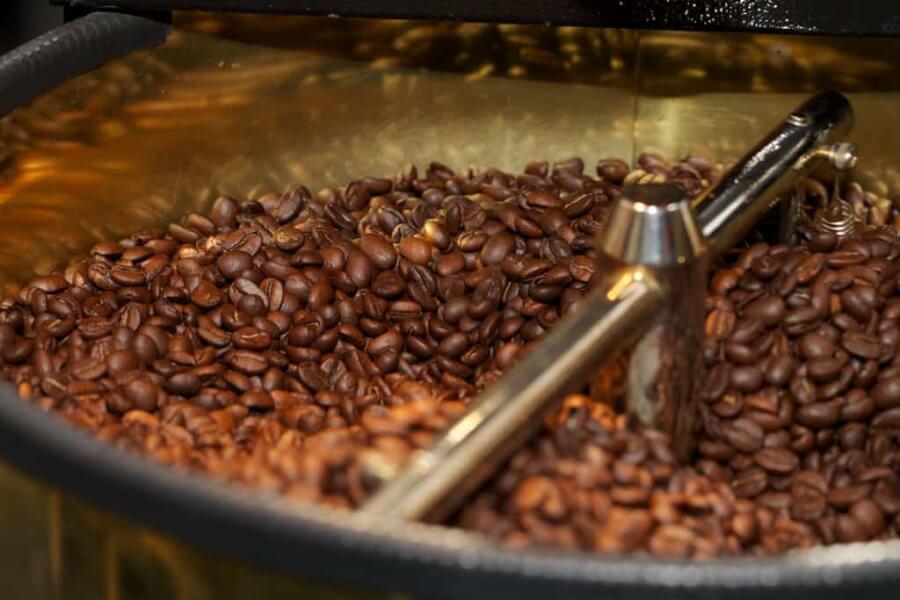 Below are some answers to some questions from coffee lovers about coffee and how it affects your health.

Coffee in general is a healthy beverage if less than 400ml or less than 4 cups is consumed daily. Based on findings from a study in Sweden conducted by professor Dag Thelle, shows that drinking filtered coffee is the healthiest way to prepare and drink the brew.

The observations from the study show that unfiltered coffee contains higher amounts of homocysteine which belongs to a group of phytochemicals called diterpenes, and could raise blood cholesterol levels.

How do you make healthy coffee at home?

the healthiest cup of coffee made at home uses

– Using Filter for brewing if possible

– Black coffee is best, or use alternative coffee creamers (see below )

What can I use instead of coffee creamer? 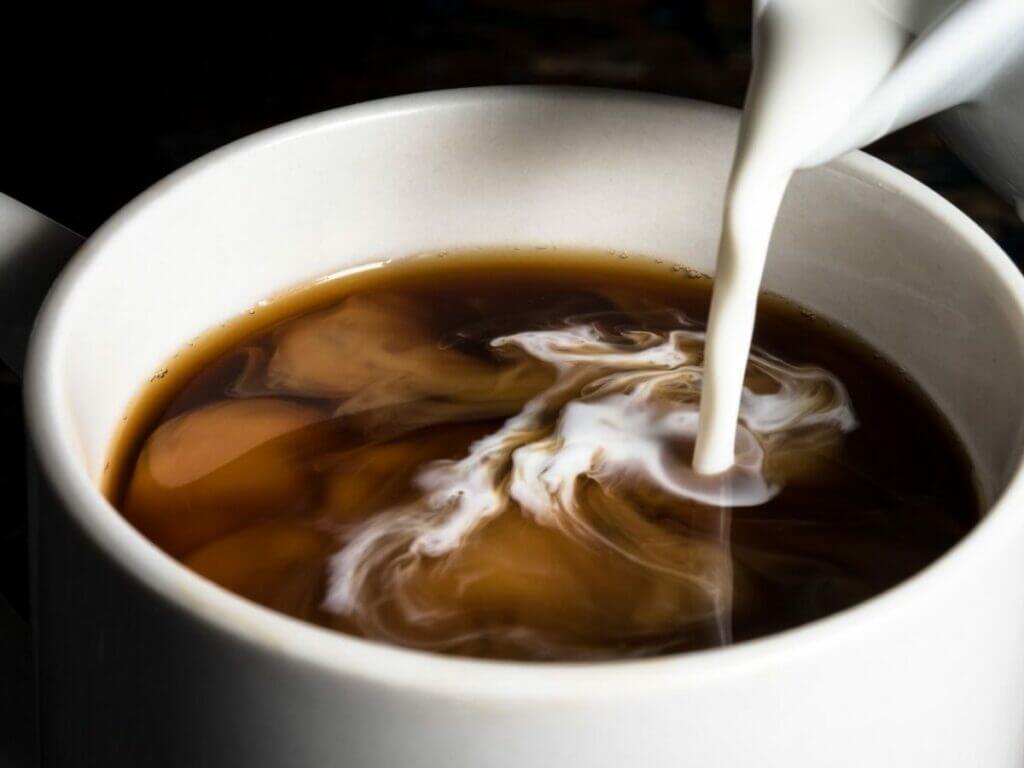 We’re beginning to understand the benefits of drinking coffee, but the creamers coffee lovers use to complement each cup of Joe may have long-term damaging effects which may not sustain or maintain the positive coffee benefits.

Today’s marketing brands advertise their creamers as healthy and pure, containing sugar-free and fat-free content, but this doesn’t always mean a healthy product. In addition to oils and thickeners, popular grocery store creamers can contain various chemicals and artificial sweeteners.

There are healthier alternatives than the current traditional milk or creamer for your coffee at your grocery store. There are plenty of coffee alternatives that are organic, healthy, fat-free, and chemical-free. 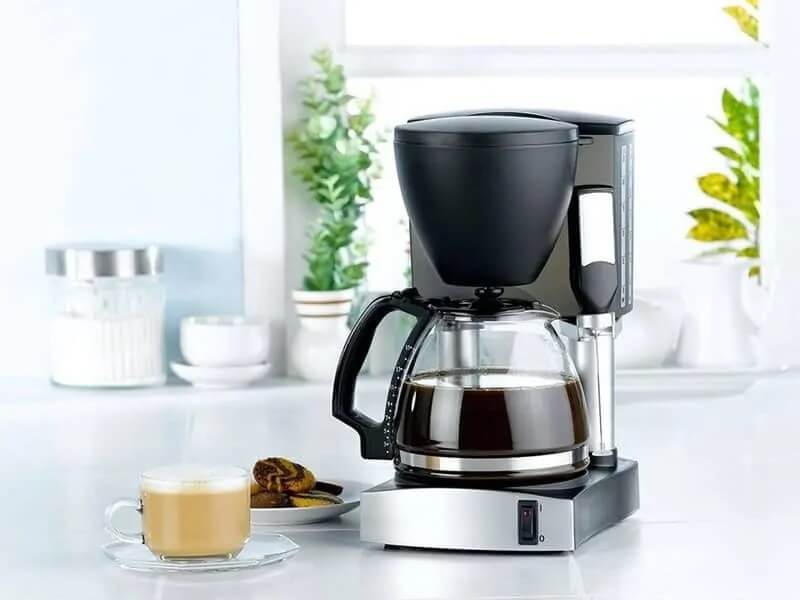 Studies and research determined that filtered brewed coffee is healthier because it contains less cafestol, which is a cholesterol-raising chemical abundant in coffee prepared with normal methods. The pour-over brewing process is less acidic but the trade-off is that it’- weaker than standard brewed coffee.

We can see that filtered coffee removes unwanted chemicals in coffee analogous to cigarettes with a filter removing tar and nicotine. It makes sense. 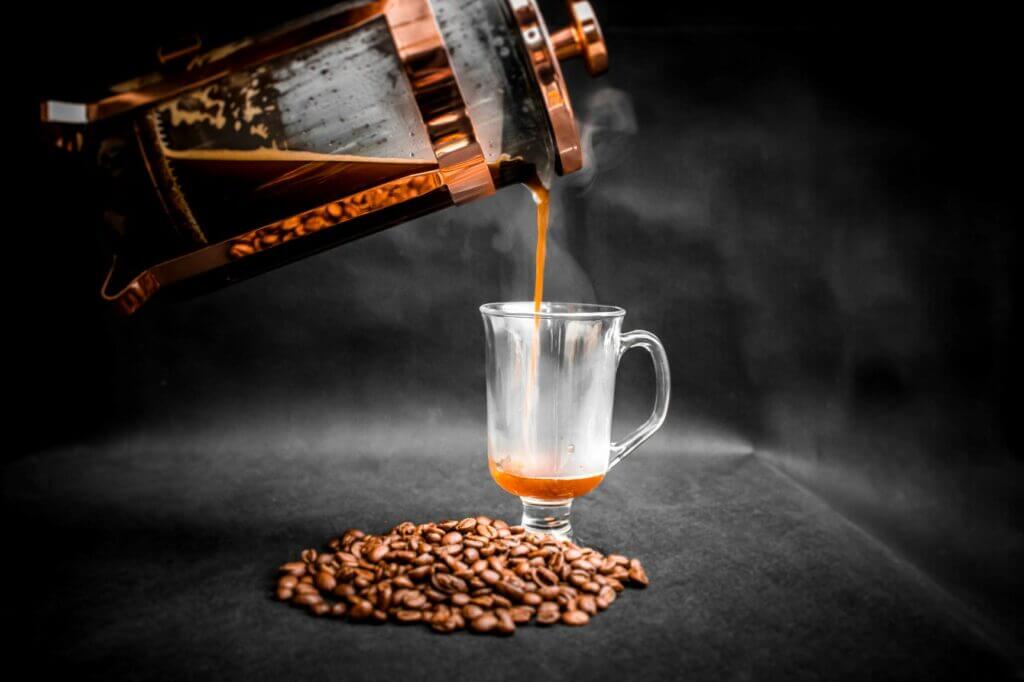 A recent article from Harvard Health Publishing, wrote that without the filter pressed coffee from a French press may allow coffee oils which contain the diterpenes substance, could pass through into your cup of coffee.

There are some positive views regarding diterpenes for providing extra flavor to brewed coffee. The negative views believe diterpenes increase the bad cholesterol level which is never a good thing.

Five cups or more of French press coffee a day may increase LDL cholesterol levels by about 7 mg/fl and triglyceride levels by about 11 mg/fl. Not everyone is the same and these increases may be more or less based on each individual.

You Should Never Boil Coffee. Traditional recipes almost never call for actually boiling the coffee. This is because boiling the coffee grounds will release diterpenes chemicals cafestol and Kahweol compounds found in the oils released by boiling coffee.

Many coffee lovers believe that these diterpenes are flavor compounds that most likely will result in bitter over-extraction. Research shows that diterpenes can increase triglyceride and LDL cholesterol levels if you drink 4 to 5 or more cups of unfiltered coffee a day

How do you remove cafestol from a French press?

Based on a paper published in 2018 by the National Library of Medicine, the characteristics of paper filters and low cafestol content from filter coffee brews were explained.

How do I reduce Acrylamide from coffee?

Recent research discovered that when coffee beans are roasted, it forms acrylamide. This substance was discovered in April 2002

Acrylamide is a substance that is present in foods that were prepared using high temperatures and studies show that in large amounts it can cause cancer. We’re talking about large amounts here.

Acrylamide forms in combination of glucose or fructose with an amino acid called asparagine, through cooking process, at high heat. Foods like French fries, potato chips, and toasted bread, usually contain some acrylamide. Yet the thing that we’re interested and contains acrylamide is coffee.

At this time acrylamide toxicity is inconclusive, and research shows that acrylamide in low amounts is harmless. Acrylamide generally forms in coffee during the coffee bean roasting process.

Here are some recommendations to reduce the amount of Acrylamide:

2) Reduce consumption to less than 4 cups per day

What coffee has benefits for heart patients? 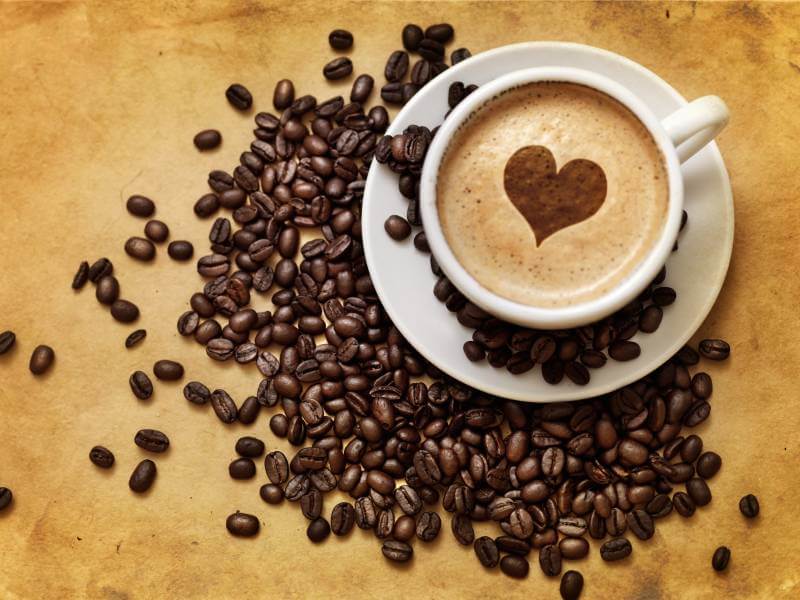 Drinking coffee—less than 4 cups a day—is linked with a lower risk of heart disease and abnormal heart rhythms. It’s also associated with living longer, according to research presented at the American College of Cardiology’s 71st Annual Scientific Session.

The study was true for both people with and without cardiovascular disease. Researchers said the analyses—the largest to look at coffee’s potential role in heart disease and death—provide reassurance that coffee doesn’t cause worsening heart disease and may actually provide heart benefits.(Source)

Coffee is a great beverage full of compounds and antioxidants that are good for health, such as:

Overall, coffee provides many benefits to coffee lovers if:

There are some differences between light and dark roast coffee. Light roast coffee beans are processed at a lower temperature for a shorter length of time than dark roast beans.

There are always pros and cons when choosing and it’s based on an individual choice, but it’s important to know that light roasts beans may be higher in healthy antioxidants and polyphenols, but has higher amounts acrylamide.