Children of all ages have higher chances of being affected by this condition; this is because their body still has a low tolerance for the stimulant.

In the article, we will look at the amount of caffeine that is medically safe for the body to ingest. We will also look at some sources of caffeine, protection, and treatment based on the caffeine overdose signs, the stimulant itself, and it’s risk factors.

Caffeine is a stimulant that is naturally found in some nuts, plants, and seeds. There are some food manufacturers that make it one of the ingredients of the food; it is also present in various drinks.

Caffeine has a wide range of effects on the human body from keeping a person awake to reducing appetite. Caffeine is a stimulant, meaning that it induces some reactions in the human body. For example, caffeine in the body can lead to an increase in the speed of the stimulus in the body which causes less fatigue.

This is one of the reasons people, who take caffeine, seem to be very focused and alert. Additionally, it can increase in the heartbeat in some people and also increase in the breathing rate after consuming food or drinks which contain caffeine.

Most of the caffeine effects on the body usually go away within 24 hours of ingestion. However, when someone consumes a large amount of caffeine, this could cause side effects and may start showing symptoms. In such a situation, it is advisable that the person should go to see a doctor.

How can one overdose on Caffeine?

It is common for someone to consume a large amount of caffeine and experience some side effects. Experiencing caffeine side effects is easy to overcome. It is rare to find a caffeine overdose case where it threatens the life of the patient.

It is even more rare to find a coffee overdose case that leads to death. There was research that was carried out a long time ago, and the results show that about 92 people died from a coffee overdose.

The researchers were not convinced that all of them died due to caffeine overdose. It has been proven that when the concentration of caffeine is more than 15mg per liter, there might be some side effects.

A concentration that is as high as 80 to 100 mg per liter can be very harmful to human health and even fatal. Developing coffee overdose is most likely not going to occur due to the consumption of coffee; this is because the caffeine content is not too high.

The United States Food and Drug Administration estimated that a single teaspoon of the coffee supplement is equivalent to about 28 cups of coffee. High intake of these supplements can lead to fatal health conditions.

The type of death that occurs from caffeine overdose is often caused by a heart disorder called ventricular fibrillation. This is a situation whereby the lower part of the heart is vibrating instead of contracting and relaxing. This stops the heart from beating normally and can lead to cardiac arrest.

Some of the side effects of caffeine include:

Some of the symptoms of caffeine overdose include:

If someone is experiencing any of those caffeine symptoms, they should seek medical attention, because it could be serious.

When a person combines high amounts of alcohol with caffeine, this can be dangerous to health. Alcohol on its own is a popular depressant; the effect of the alcohol is hidden by the caffeine uplift and possibly making the person feel more alert than they really are.

People who combine alcohol with energy drinks have the tendency to drink higher amounts. A fetus or a newborn baby cannot break down caffeine at a normal rate. It’s advisable that pregnant women reduce the amount of caffeine they take daily to less than 190 mg which is approx. 95mg/cup.

This is equivalent to 1 or 2 cups of coffee each day. Also, for lactating mothers, it is also advisable they reduce their intake of caffeine. An increased level of caffeine ingested by the mother can affect the baby.

The Centers for Disease Control and Prevention advise lactating mothers to reduce the intake of caffeine to less than 95mg per day. This is equivalent to about 1 – 4 cups of brewed coffee per day. The American Academy for Pediatrics also advises adolescents and children to stay away from a large number of caffeine drinks or products.

Caffeine can also be hazardous to someone who has an underlying health issue. Although there is no medical connection between the heart and caffeine, it has been researched that people who are sensitive to caffeine may develop heart issues.

The effect of caffeine depends on the age of the person, height, weight, and general health. Someone who doesn’t consume a large amount of caffeine may be affected more than someone who takes coffee frequently. It’s a case by case, or on an individual basis.

There are different products out there that contain caffeine. The popular ones are tea, coffee, caffeinated drinks, energy drinks, and soda drinks. Currently, there are some manufacturers that add caffeine as one of the ingredients to the food products.

Some of the foods are candy; caffeine occurs naturally in chocolate. Some workout or pre-workout products may also contain some level of caffeine. This is to enhance the performance of a person during their workout session.

According to the Center for Science in the Public Interest, they estimate that the powdered form of caffeine contains around 3200 to 6400 mg of caffeine per teaspoon. The center warns people against the use of these products on a long-term basis because it could be very dangerous to one’s health.

Below is the caffeine content of some of the sources;

When to See a Doctor

If a person has symptoms of caffeine overdose, he should visit a doctor. Also, if a person accidentally consumes a large amount of caffeine, and has caffeine symptoms, then a visit to a doctor is prudent.

The person can also get medical advice from the Poison Control (1-800-222-1222) not-for-profit agency. They run helplines for people and give information about accidental poisoning and overdose.

The half-life of a drug refers to the amount of time it takes half of the drug to exit the human body. It has been calculated that the half-life of caffeine is about 3 to 5 hours.

When someone consumes a high level of caffeine there might be some side effects like dehydration and restlessness. The positive part about caffeine is that it leaves your body within 5-6 hours without any lasting effects.

However, in a case where the symptom is more serious, the person can do the following at home.

A person who is affected by caffeine overdose may need to see a doctor for proper treatment. Some of the treatments that will be administered may be supplements, intravenous fluids, or activated charcoal. Activated charcoal can prevent caffeine from entering your system through your stomach.

Consistent intake of a high level of caffeine and ignoring its effects might lead to some long-term health issues like: 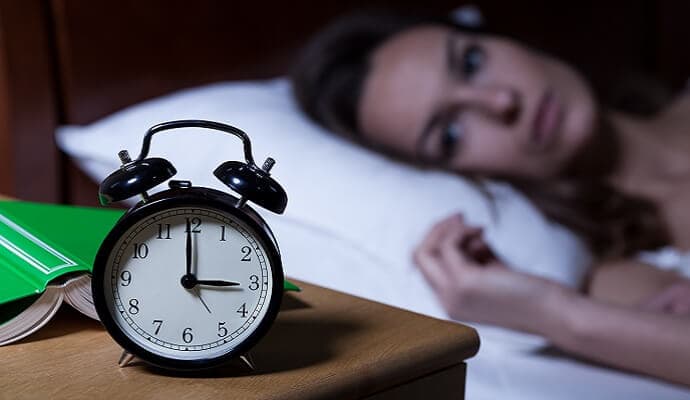 For many people, intake of caffeine has a low tendency of leading to any form of health issues or overdose. People who ingest low amounts of caffeine frequently will build a tolerance for the stimulant. Drinking coffee moderately (2-3 cups/day), has many health benefits.

You should be careful and aware of the caffeine amount present in the food you eat. Everyone has a choice to consume less caffeine from products, and choose decaffeinated coffee. The powdered form of coffee (not ground coffee) contains a large amount of caffeine; this is why many health organizations warn people to avoid using them.

Caffeine is a stimulant that is present in many foods and drinks. A high level of this stimulant in the body shows some side effects, while an increased level can lead to an overdose.

Caffeine overdose is bad for health and should be avoided. In case you show some symptoms of caffeine overload, you should see a doctor. Two to three cups of coffee per day is healthy because coffee has a large number of antioxidants which has many health benefits against some diseases.

Drinking three to five cups of coffee per day is fine, but every individual has a different tolerance to caffeine, and your body will let you know when you reach it.