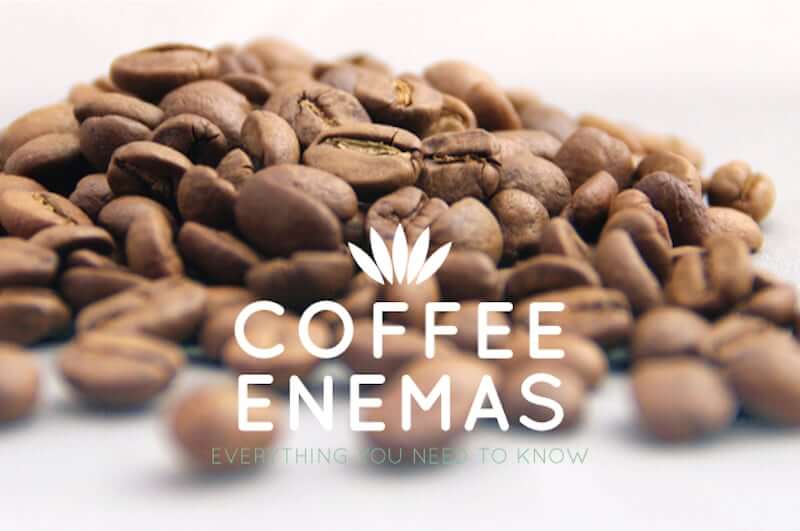 A Coffee enema is a process of inserting a mixture of caffeinated coffee and water into the colon through the rectum. It’s used as an alternative medicine process for cleansing the colon among other uses.

A coffee enema process started with German medical practitioners searching for a cancer cure in the early 1900s.
Gerson Max, a German-American physician, believed coffee enemas, raw juices, and an organic plant-based diet can help detox the body and replace it with the necessary nutrients. His demanding program is widely-known as German Therapy.

Coffee enemas include the production of the detoxifying antioxidant (glutathione). It sounds hopeful, right? But before you run to the drugstore for a coffee enema, you need to know some facts first.

Coffee enema has been around for a while…

In the late 1800s, coffee enemas were used for the treatment of accidental poisonings. Also, enemas were used to treat patients with post-operational shock after abdominal surgery, as a stimulant, and to speed up healing after surgery.

Coffee enemas have been around for centuries to help improve general health and digestive function. It was used as a natural detox treatment.

Obviously, enema has been mentioned in ancient scripture as a measure to fight disease and improve health. Many people believe that it must be scientific and reliable, but with others is controversial.

Benefits of a Coffee Enema 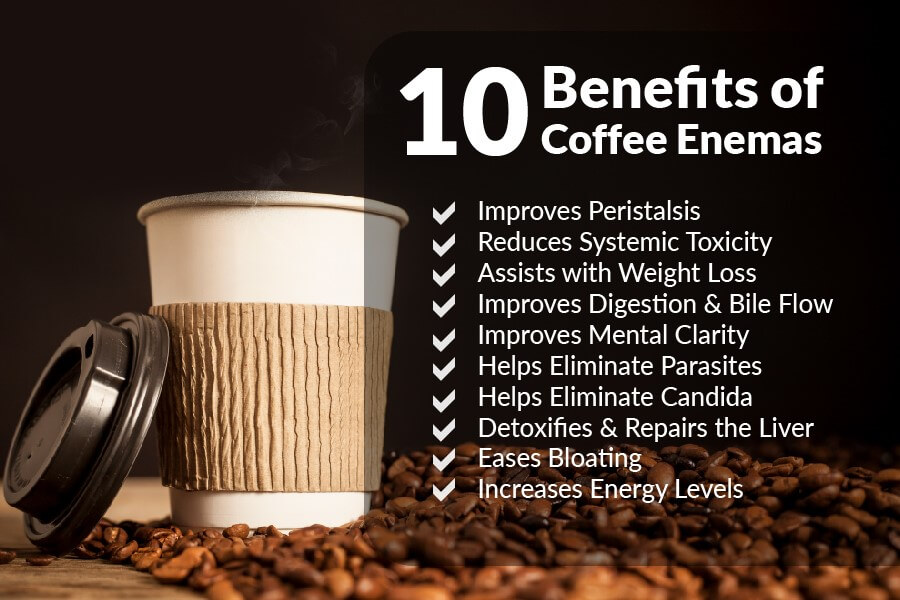 A coffee enema has an immediate benefit that comes with multiple bowel movements; it helps to cleanse the colon. If you are suffering from constipation, coffee enemas can bring some relief.

Using a coffee enema is an alternative way to treat cancer. However, no statistic has ever supported any specific ideas that coffee enemas and Gerson therapy can increase the anti-cancer chemotherapy benefits.

Based on reports, coffee enemas trigger the removal of food toxins and residues that cause constipation.

When you administer coffee through the rectum, other active elements (including caffeine) will run through the hemorrhoid vein and penetrate into the liver.

This result will increase the rate of detoxification in the body. So, the compacted waste and toxins on the intestine will disappear from the body.

Candida is a yeast disease that grows in the gut. There is a belief that coffee enemas build an acidic environment that hinders stops the growth of Candida.

Coffee enemas are used to reduce weight, but results are not long-lasting. After preparing a coffee enema, the removal of fluids from the body will result in weight loss.

Though the long-term results can be optional, the quick removal of excess waste is what feeds people with a false sense of doing something good about weight reduction.

After administering a coffee enema, several patients report restored physical energy. This is the result of both the decreased toxins and the stimulation from caffeine. Users confirm that the effect can last for hours and even up to a few days.

Caffeine is a confirmed stimulant that helps to increase energy levels. Total relief from constipation can also provide improved energy, but this increase in energy is short-lived as the effects of the stimulant decrease over time.

The risks attached to coffee enemas exist along with can exceed the claims of positive effects and depends on the individual. The risks or, benefits have not been proven through studies.

Here are some possible side effects:

Several cases of coffee lead to colitis. If the coffee liquid is placed too early, the use of coffee enemas at home can risk puncture of the rectum.
You can cause damage to your intestines if the liquid causes rectal burns or is too hot.

If the user is fasting, there’s an increase in the side effects of coffee enemas. Pregnant or nursing women shouldn’t try coffee enemas.

A coffee enema can lead to coffee reliance because caffeine is known as a stimulant. Although rare, it may also result in a number of complications, such as death, brain abscess, internal or rectal burns, salmonella, infections, dehydration, heart failure, electrolyte imbalance, colitis, Sepsis, and pericardial or pleural effusions.

The three known deaths related to coffee enemas are connected to electrolyte imbalance, which occurred as a result of frequent enemas.

There are concerns that coffee enemas may cause injury to people with specific conditions such as ulcerative colitis, diverticulitis, blood vessel disease, gastrointestinal disease, intestinal tumors, anemia, heart disease, hemorrhoids, abdominal hernias, heart failure, among others.

What Do Studies disclose?

Currently, no scientific evidence has proved that coffee enemas can help treat any illness. Proof for or against the use of coffee enemas is generally unscientific at this time.
In conventional medicine, colon purging isn’t considered necessary because the digestive system can remove bacteria, toxins, and waste on its own.

According to the theory of auto-intoxication, colon waste is toxic to the body system. From the Journal of Lancaster General Hospital, there’s no evidence to back this theory.
Despite its popularity, a coffee enema and its respective health effects have been used in many scientific studies. The little research available shows that coffee enemas may not provide important health benefits.

In 2012, research shows that eleven strong participants either got coffee enemas 3 times per week for almost 2 weeks or consumed coffee two times a day for eleven days.
After a period, every participant switched to the sequential coffee-based treatment. Results showed that neither method caused an increase in levels of glutathione

Who’s a Coffee Enema Meant for?

Medically, there’s no official regulation on who should obtain a coffee enema. Linda L, an alternative medical practitioner, says people are constantly exposed to toxic pollutants and chemicals in water, air, and food.

She strongly believes people can benefit from coffee enemas as a way of revitalizing the liver to relieve the body of these pollutants and waste materials.
According to Clinical Nutrition Research, coffee enemas are a great way to prepare the bowel without side effects. You can use a coffee enema as an alternative to stimulant laxatives.

A letter published in the American Journal of Gastroenterology affirms that coffee enemas caused inflammation of the rectum and colon in a Korean lady. According to the authors, coffee enemas can be harmful and should be regarded as an alternative treatment. Every individual reacts differently to any treatments or medications.

If you are allergic to caffeine, coffee enemas may be a serious challenge.

How Are Coffee Enemas Performed? 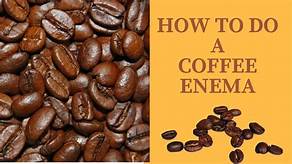 Coffee enemas are processed in some health clinics, not a cheap process, or at home. There is no official regulation on how you can perform coffee enemas.

When you opt for a coffee enema, you may feel fullness, pressure, and cramping during the process. Also, you may experience an increased heartbeat, or feel dizzy as a side effect of caffeine. To help prevent dehydration, make sure ensure to drink plenty of water.

Conventional medicine does not recommend the use of coffee enemas. Others who believe in Alternative Medicine, trust that coffee enemas can help improve their wellness and health without serious side effects.

Because it’s not easy to find statistics about coffee enemas, it is impossible to say if most people have had a good or bad experience.
Since it’s not certain that coffee enemas are potentially harmful, only you and your alternative medicine practitioner, or physician are in the best position to decide if coffee enemas are good for you or not.

4 thoughts on “What is Coffee Enema – Health Benefits?”